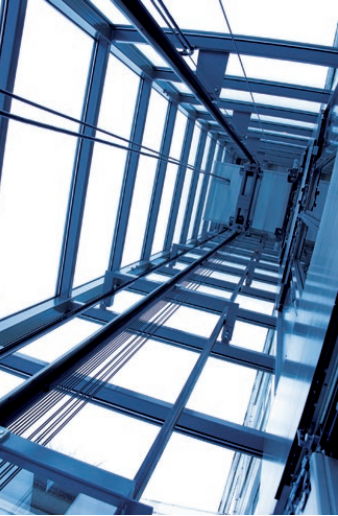 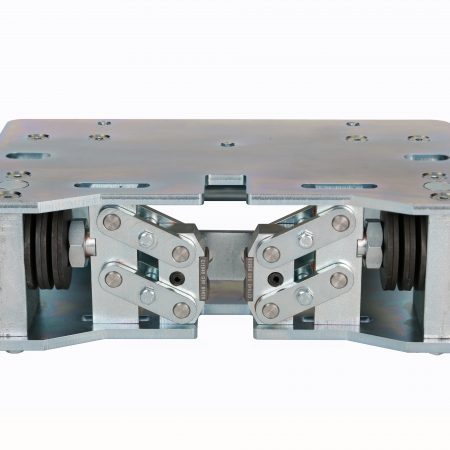 There are several types of safety devices, including blocking devices, cable brakes and lift safety devices. The speed of the lift determines which fall arrest device should be used. 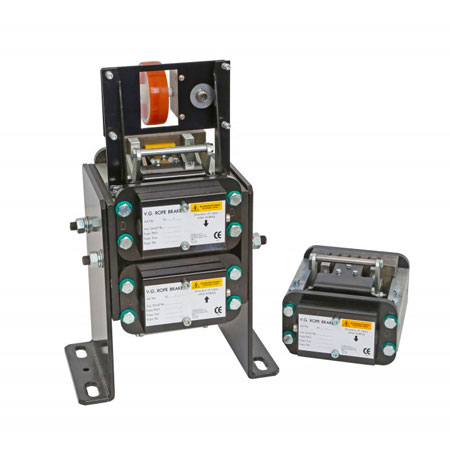 The VG Rope Brake is available as a single unit for overspeed protection in the upward direction, or as a pair of units for bi-directional overspeed and unintended movement protection. The bi-directional option can be installed as a complete pair with joining and mounting plates, or can be split and mounted either side of the traction sheave.

The brake utilizes a spring-loaded drop jaw that is held off the ropes by a magnet. When the rope brake receives a signal that the lift is overspeeding, or if unintended movement has been detected, the magnet will release the drop jaw which will trap the ropes between the drop jaw and the static jaw. Any subsequent movement of the lift ropes causes the drop jaw to fully engage and generate the braking force required to stop the lift without damaging the ropes.

The wire brake is placed in the machine room of the lift, designed to operate “failsafe”.

It acts on the cables and not on the guide rails.